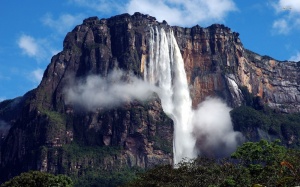 Arkhen Falls is the largest and most beautiful waterfall in all the Dales. Here a spring bursts from the top of Mount Thalagbror (a mountain in the Thunder Peaks named for a long-dead ogre mage who once dwelt in a cave somewhere on its eastern flank) and crashes for hundreds of feet down the always-wet mountainside to begin its 60- mile run past White Ford to Archenbridge as the River Arkhen. Legend insists that pegasi dance and frolic around the falling water.

Arkhen Falls has not been a venue in any Campaigns

No inhabitants of Arkhen Falls found.

No known events for Arkhen Falls

No known history for Arkhen Falls